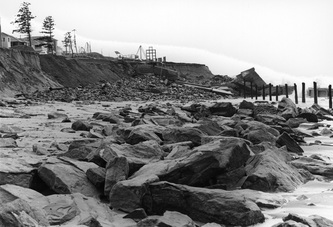 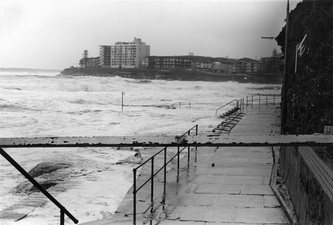 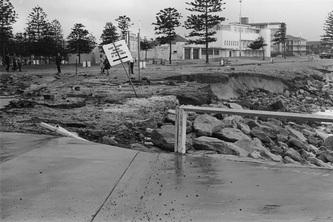 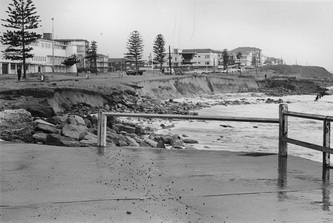 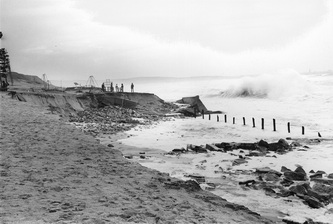 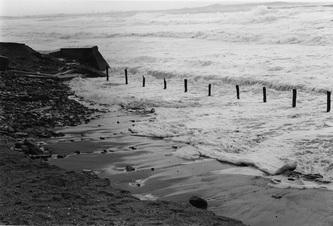 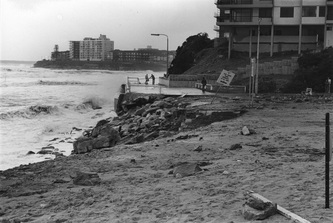 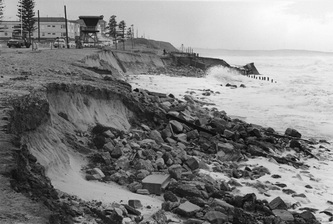 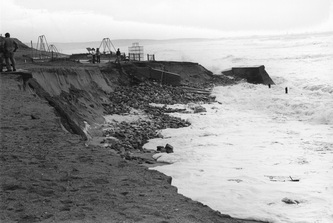 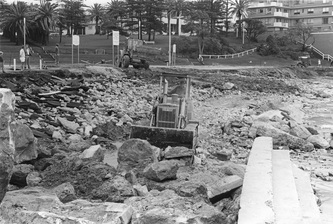 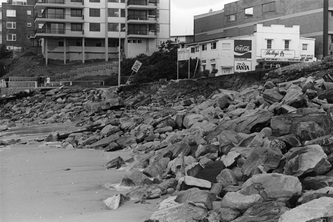 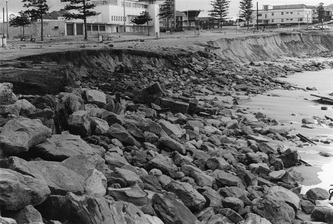 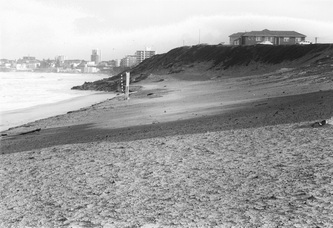 ​What is an East Coast Low ?
East Coast Lows (ECL) are intense low-pressure systems which occur on average several times each year off the eastern coast of Australia, in particular southern Queensland, NSW and eastern Victoria. Although they can occur at any time of the year, they are more common during Autumn and Winter with a maximum frequency in June. East Coast Lows will often intensify rapidly overnight making them one of the more dangerous weather systems to affect the NSW coast. East coast lows are also observed off the coast of Africa and America and are sometimes known as east coast cyclones.
How do they form? East Coast Lows may form in a variety of weather situations. In summer they can be ex-tropical cyclones. At other times of the year, they will most often develop rapidly just offshore within a pre-existing trough of low pressure due to favourable conditions in the upper atmosphere. ECL's may also develop in the wake of a cold front moving across from Victoria into the Tasman Sea. The sea surface temperature gradients associated with the warm eddies of the East Australian Current also contribute to the development of the lows.
​
The gales and heavy rain occur on and near the coast south of the low centre, while to the north of the low there can be clear skies. The challenge for forecasters is to accurately predict the location and movement of the centre of the low.
Why are they dangerous? ECLs can generate one or more of:Falling trees and flash flooding have caused fatalities on the land, many small craft have been lost off the coast and larger vessels have run aground during these events.
How often do they form and is there a trend?The Bureau has a detailed database of these lows beginning in 1973. Each year there are about ten "significant impact" maritime lows. Generally, only once per year do we see "explosive" development. Looking at all the lows between 1973 - 2004, there is no evidence of a trend.
What warnings does the Bureau issue for East Coast Lows? Current Warnings
Over land areas Severe Weather Warnings are used to warn of the dangerous winds, damaging surf and heavy rain leading to flash flooding. If needed, Flood Warnings are also issued to warn of river flooding. Over the sea the standard Marine Wind Warnings are used.
What is the difference between an East Coast Low and a Tropical Cyclone.Tropical Cyclones develop over very warm tropical waters where the sea surface temperature is greater than 26°C. They have relatively long life cycles, typically about a week, and severe tropical cyclones (category 3 or greater) can produce significant property damage with wind speeds over 180km/h near the centre, heavy rainfall and coastal inundation through storm surge. Tropical Cyclone "Justin", which affected the Queensland Region in March 1997, lasted for 18 days!

East Coast Lows generally have much shorter lifetimes than Tropical Cyclones and last only a few days. They develop over the Tasman Sea close to the NSW coast and can intensify rapidly in the overnight period. Unlike Tropical Cyclones, where the warm seas provide the energy source, East Coast Lows are driven by the temperature gradient between the Tasman Sea air and cold air in the high levels of the atmosphere over the continent. They can produce gale to storm-force winds, very heavy rainfall and in some cases coastal inundation. While maximum wind speeds recorded are lower than in severe tropical cyclones, a gust of 165 km/h was recorded at Newcastle associated with the east coast low that sunk the bulk carrier Sygna in 1974. During the first of the ECLs in June 2007, when the bulk carrier Pasha Bulker ran aground, gusts of 105 km/h at 6:21am on 8 June and 124 km/hr at 1:32am on 9 June were recorded at Newcastle.